Marijuana is a very commonly used mood and mind altering substance derived from the dried leaves of the Cannabis sativa plant. In fact, according to the National Institute on Drug Abuse, marijuana is the most commonly used psychotropic drug in the US (after alcohol). In the year 2018 alone, more than 11.8 million young adults reported that they had used marijuana at least once within the past year. Marijuana has been recently legalized in most of the 50 states, and is used recreationally in a variety of different ways. Marijuana is typically smoked in the form of hand-rolled cigarettes or in small pipes or water pipes (bongs). Marijuana can also be reduced to an oil and mixed into foods (edibles) like cookies or brownies. Most people in American society view marijuana as a harmless chemical substance; one that poses no real threat of health-related issues or physical dependency. However, it is important to recognize that marijuana is a psychoactive substance, and it affects everyone differently.

Additionally, the potency of marijuana has increased significantly since the 1970s, when this specific chemical substance first gained rampant popularity. Many strains of marijuana are extremely potent, and when coupled with new and innovative methods of ingesting – such as vaping – the potency is increased even further. In recent years, cases of marijuana abuse and addiction have increased along with marijuana-related emergency room visits. The Drug Abuse Warning Network reported that in the year 2011 alone there were close to 456,000 emergency room visits directly related to marijuana throughout the country.

When an individual smokes marijuana (or used the drug in any other form), chemicals like THC enter the bloodstream through the lungs and eventually make their way to the brain. Many individuals who use marijuana will experience feelings of relaxation and euphoria, which can make the substance psychologically addictive. If marijuana is used regularly, the individual will begin to build up a tolerance, meaning more of the substance is required in order for the same psychological effects to be produced. Once a tolerance develops it is not unlikely for symptoms associated with marijuana withdrawal to occur with abruptly ceased use. These are only two of many signs and symptoms that go hand-in-hand with marijuana abuse and addiction.

Our Marijuana detoxification experience is second to none.

According to the National Institute on Drug Abuse, repetitive marijuana use has been known to lead to the development of marijuana use disorder, a physical dependence characterized by standard symptoms of addiction like continued use despite interpersonal consequences and symptoms of withdrawal upon abruptly ceased use. Marijuana use disorder can develop into addiction if left untreated for an extended period of time. The same study published by NIDA suggests that based on recently collected data, roughly 30 percent of all men and women who actively use marijuana eventually develop a marijuana use disorder. Young adults who begin using the drug before the age of 18 are significantly more likely to develop a substance use disorder – four to seven times more likely, in fact.

Many believe that because the substance is naturally derived and widely used, it is not addictive. This is not the case. Marijuana can be both physically and psychologically addictive. Marijuana dependence can occur when endocannabinoid transmitters within the brain adapt to having a large amount of the drug in the system and become unable to function without it. Symptoms of marijuana withdrawal are also common among those who use the drug for an extended period of time and then stop suddenly.

Our Marijuana Detox Services Include

Men and women who develop physical and psychological dependencies on marijuana report a range of withdrawal symptoms upon ceased use, which usually peak within the first week or two of sobriety. These symptoms include:

Clearly, the majority of these symptoms are not directly life-threatening. However, they can be extremely uncomfortable when left untreated, and they can also lead to serious and potentially dangerous complications when left untreated. Contrary to popular belief, medically monitored detox is a necessary first step on the road to long-term marijuana dependence recovery.

Ready To Begin Your Marijuana Detox?

Don’t let Marijuana addiction control your life.
Call us today and let’s get you started on the path to a better you.

Why Is Medical Detox Necessary?

The most significant symptoms associated with marijuana withdrawal are psychological. No, the general feelings of discomfort that go hand-in-hand with abruptly ceased use cannot be effectively treated with anything other than high-dose, non-narcotic painkillers like acetaminophen and ibuprofen. However, the psychological symptoms associated with withdrawal can be dangerous if not treated by a team of medical and psychiatric professionals in a closely monitored medical detox facility. An article published in Science Direct titled, “DSM-5 cannabis withdrawal syndrome: Demographic and clinical correlates in U.S. adults” explores the symptoms associated with marijuana withdrawal and just how psychologically disabling they can be. The study found that roughly 12 percent of individuals who smoked marijuana on a regular basis experienced severe symptoms of withdrawal upon ceased use. The symptoms were associated with a wide range of mental health conditions, including depression, anxiety mood disorders, personality disorders and trauma-related disorders like post-traumatic stress disorder. Most of the individuals had pre-existing and untreated mental health conditions, and the symptoms were exacerbated significantly once marijauna use was stopped. This is to say that one of the main contributing factors in the initial development of a marijuana use disorder is a pre-existing and untreated psychiatric disorder – one that will need to be effectively addressed in a medical detox setting. At Pine Tree Recovery Center, we offer a highly comprehensive dual diagnosis treatment program for men and women who are simultaneously suffering from an untreated or undiagnosed mental health condition.

Our Program of Clinical Care

At Pine Tree Recovery Center we provide our clients with the highest level of clinical care available. In many cases, men and women who grapple with marijuana dependence will simultaneously abuse other chemical substances. We specialize in polydrug abuse, meaning that we treat all existing symptoms of substance abuse and dependence at one time. When it comes to seeking professional help for marijuana abuse and dependence, we understand that the stigma surrounding this specific chemical substance might deter individuals from seeking the help they need. The truth is, however – marijuana abuse is a very common and significant problem, and marijuana detox can be harshly uncomfortable if not effectively treated in a licensed medical detox facility. As previously mentioned, available strains of marijuana are far more potent and habit-forming than they ever were previously. Our program of clinical care provides medical marijuana detoxification services along with therapeutic and holistic methods of treatment. When it comes to marijuana abuse and addiction, psychological services are almost always necessary. The psychological symptoms associated with marijuana withdrawal are often far more uncomfortable and difficult to deal with than the physical symptoms. If you have been suffering at the hands of a marijuana abuse disorder and have experienced little success when it comes to quitting on your own, Pine Tree Recovery is available to help. Our admissions process is simple and stress-free, from free, no obligation insurance benefit checks to the development of viable travel plans. Simply give our compassionate and experienced Treatment Advisors a call today at (888) 693-1751 or submit this form online click here and they will help you get started on your own journey of marijuana addiction recovery. 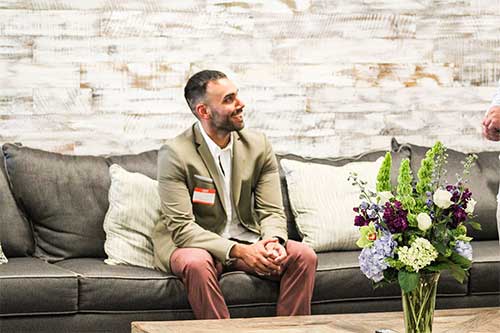