New Study: The Pandemic Has Increased Rates of Liver Disease

The COVID-19 pandemic has presented us all with a unique set of challenges, and many of us have been struggling in one way or another. Maybe we lost a job at the hands of the pandemic, and crippling financial insecurities began to settle in. Maybe the social isolation and the inability to hug our loved ones weighed heavily on us, leading to the development of situational depression. Maybe we struggled to stay on top of our personal program of addiction recovery, seeing as we could no longer rely on in-person 12-step meetings or meet with our sponsor face-to-face. Whatever the case may be, this has been a trying time. For some, unfortunately, the stress of it all was just too much, and reaching for alcohol seemed the most convenient way to cope. Because of this, rates of alcohol abuse, alcohol-related emergency room visits and alcohol-related health issues have been on the rise throughout the country. According to a recently published article on the subject, young women are at especially high risk.

Liver Disease Rates in Women on the Rise

The article, published by NPR in mid-March of this year, cited a study from the University of Michigan that found that rates of alcoholic liver disease among young women have been on the rise, particularly in the last year. Additionally, rates of alcoholic hepatitis and the permanent scarring of cirrhosis have been climbing — by as much as 30 percent over the course of the past year, according to the University of Michigan’s Dr. Jessica Mellinger, who works as a liver specialist there The development of this kind of liver disease varies on a person-to-person basis, and depends on several risk factors including underlying physical conditions, genetic predisposition and body weight. People who drink socially, consuming between one and two alcoholic beverages a day on average, are not likely to develop alcoholic liver disease even if they consume alcohol socially year-after-year. In the past year, however, during the pandemic, Mellinger said that doctors have been seeing patients who have increased their alcohol intake to a bottle of wine — or 5 to 6 drinks — daily. According to Mellinger, this greatly increases the chances of liver disease. Binge drinking, she said, is also damaging. While the Centers for Disease Control and Prevention have not yet collected or released data on the correlation between COVID-19 and increased rates of liver disease, there does seem to be an undeniable link, Mellinger said.

Prior to the pandemic, according to the CDC, roughly 4.5 million American men and women were diagnosed with chronic liver disease or cirrhosis in the year 2018 alone. During the same year there were a recorded 44,358 related mortalities. Despite the fact that liver disease typically takes years to develop, young women who drink excessively are likely to develop the condition more quickly. This is, in large part, because their bodies process alcohol differently than men’s. An article published by the US National Library of Medicine says that alcoholic liver disease progresses more rapidly in women for a number of reasons.

“Experiments in rats suggest that higher endotoxin levels and increased gut permeability to endotoxin likely contribute to more severe liver injury in females,” the article states. “Estrogen receptor concentrations within the liver differ between the sexes, and estrogen appears to activate liver Kupffer cells. This results in increased inflammation and necrosis, which can be counteracted by treating female rats with an antiestrogen. Alcohol also may induce differential expression of genes in rats, leading to increased oxidative stress, inflammation, and injury in female rats.”

There is ample evidence supporting the fact that women are more likely to suffer consequences related to excessive alcohol consumption earlier on in life than their male counterparts.

According to the National Institute on Alcohol Abuse and Alcoholism, women develop alcohol dependence more quickly than men, and they tend to suffer more severe physical and psychological effects. This is because of inherent biological differences — women tend to weigh less than men, they tend to have less water in their bodies than men (which can lead to a higher blood-alcohol-content over a shorter period of time), and they deal with a range of hormonal inconsistencies like menstruation and pregnancy. Women are more likely than men to turn to alcohol after experiencing an emotionally difficult life event like the loss of a child or spouse, an unpleasant divorce or the loss of a long-time career. The same goes for the unique set of challenges presented by the pandemic — women are more likely than men to struggle in silence and turn to chemical substances as a means of self-medication. Another study, this one published by Harvard Health, revealed that there has been a 14 percent increase in alcohol abuse among adults since the pandemic began — and a 41 percent increase in alcohol abuse among women.

The good news is that there are numerous treatment programs throughout the country that focus on helping women of all ages overcome alcohol abuse and dependence. If you or someone you love has been struggling with an alcohol abuse disorder of any severity, Pine Tree Recovery Center is available to help.

If you have been struggling with substance abuse during this particularly trying time, know that you are not alone — and Pine Tree Recovery Center is available to help. Contact us today to learn more about our treatment program. We are here 24/7 to lend an empathetic ear, help you navigate the next steps and answer any questions you might have. 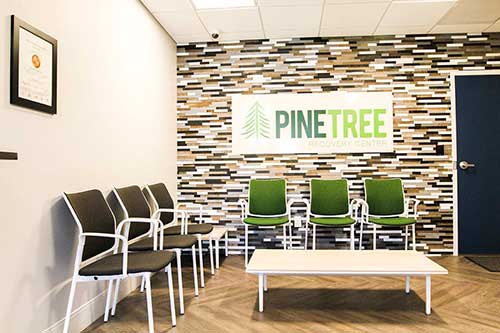